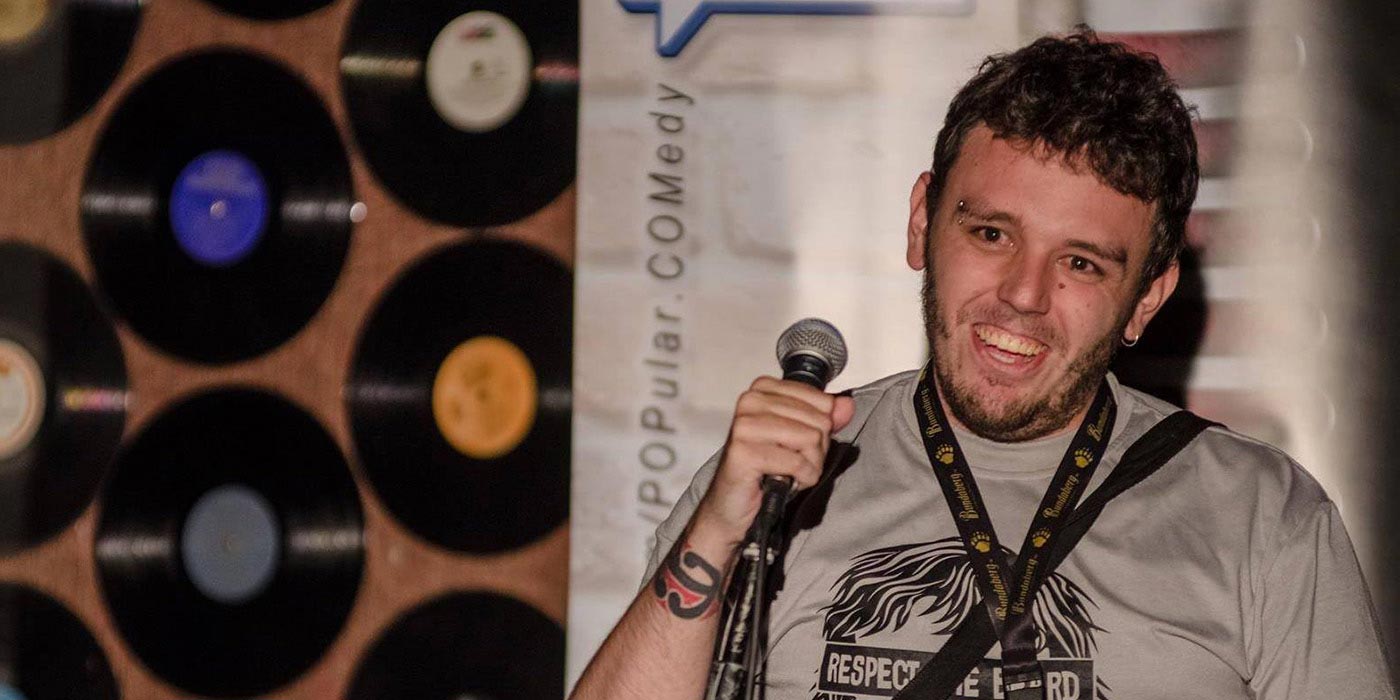 Thirty-year-old Richie Goodacre has cerebral palsy, but he doesn’t let that define him. He’s been performing stand-up comedy for over eight years now, seeing success as a Raw Comedy finalist and performing at the Brisbane Comedy Festival. Richie shared what it’s like to be a comedian who just happens to have a disability.

How did your career in comedy kick off?

I struggled for years trying to obtain full-time employment, so my days at home were a bit monotonous and dull. I’d throw random jokes or musings up on Facebook and, much to my surprise, it was garnering a pretty positive response. A few friends suggested I give standup a crack, so I did a course in stand-up comedy and have been performing a couple days a week ever since.

What’s the hardest thing about comedy, for you?

Accessibility with venues is up there. Unless you live with a disability, you don’t realise just how difficult it can be to socialise in public. I’d say one of the hardest things has nothing to do with my disability, and that’s trying to stay motivated and keeping my act fresh. It’s an industry that almost always requires you to be better than you were the time before, so consistently writing and testing out new bits is imperative to success.

Does performing make you more determined?

Definitely. I get such a rush from the laughter in the crowd. I love that I can have that effect on people and I can be a positive influence on someone’s day, even if it’s only for a few minutes.

How does it feel to finally be doing what you love?

Before comedy I had no idea what I wanted to do. I felt pressure from society to have everything mapped out after I left school. I felt like a failure, which severely impacted my mental health. Once I got off stage after my first gig, I knew my life would change. I finally felt like I’d found my calling.

Do you have any words of advice for others who are chasing goals?

You are going to come up against barriers, and perhaps your dreams won’t play out like they did in your head, but it’s important to keep pressing forward. You’re valuable, you’re important, you’re worthy. The earth is comprised of billions of people, each different and with their own stories. Tap into that unique side.

Did you know Richie once worked with Mylestones Employment to get ready for study and work?