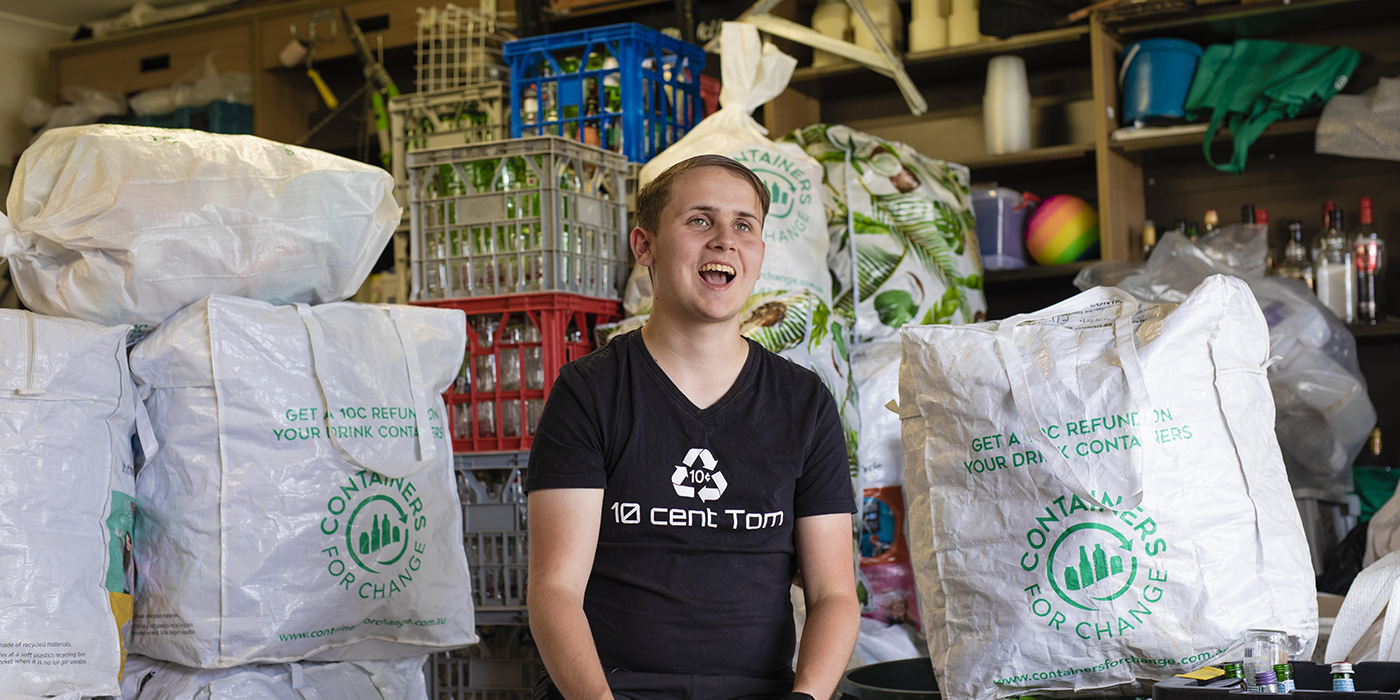 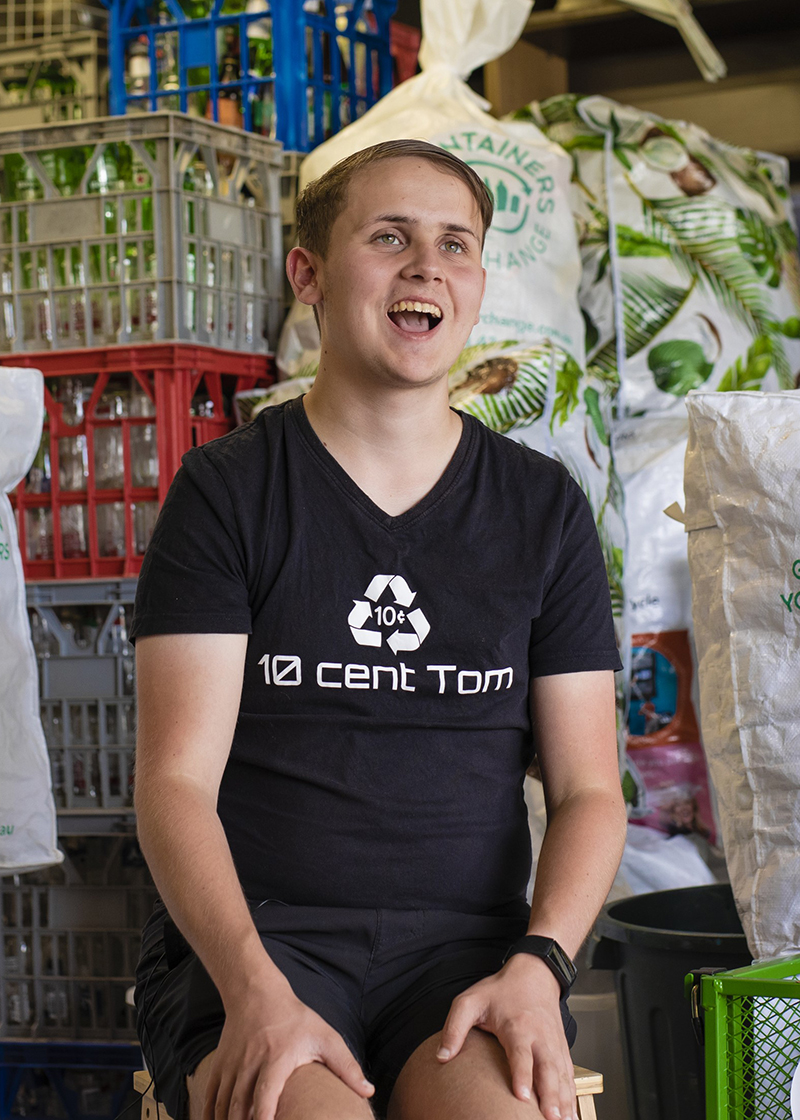 “Tom's my name and collecting 10c recyclables is my game.”

A catchy motto, isn’t it? But for 18-year-old Tom Pirie, the words aren’t just a memorable slogan, but a way of life.

Better known by his nickname 10 Cent Tom, the young entrepreneur, hailing from Robina on the Gold Coast, has spent the last four years collecting bottles and cans from his neighbours and local businesses to create a cleaner future.

“I first started collecting them about four years ago. I thought to myself, if anyone can do it, I can and gave it a go.

“From there, I’ve been going out every week and collecting containers from my neighbours, local businesses and people who have contacted me through my website.”

Diagnosed with an intellectual impairment and severe scoliosis, Tom said it’s his dream to open his own recycling depot, which would employ people with a disability.

“All the money I make goes towards one day employing people with disabilities, to make them feel included and that there is something they can do,” Tom said.

“I’ve been saving up for some time to open my own depot to employ them so they can help me on my journey.

“I don’t like to see people who have a disability feeling sad that they don’t have a job or feeling like they aren’t employable. I like to help people out.”

Tom’s mother, Carolyn, said she couldn’t be prouder of her son and is amazed at how fast his business has taken off.

“I always thought and still do believe that Tom will have his own 10 Cent Tom depot, employing people with disabilities, but I never thought his business would grow this quick,” Carolyn said.

“The community has really rallied around Tom. He was featured on 7 News, Sunrise and Containers for Change used him as a Changemaker. The coverage has really helped a lot of people recognise him.

“He first started collecting from our neighbours with a trolley, and now Tom collects more than 12,000 containers every week and has 75 wheelie bins based in different businesses around the Gold Coast.”

Carolyn said it wasn’t about the money for Tom - he would gladly do it to help in the local community.

“Tom doesn’t really grasp the money equivalent to what he’s collecting. He more so sees it as a treasure hunt, and the more he can get, the better,” she said.

“At the end of the day, he just loves bottles and cans, so my husband and I thought why not try to turn this into a career for him. The most import thing for many people is having a job you love, and he just loves it.”

Tom said while he’s the business's face, there was no way he could have done it without his Mum’s help.

“Mum has been there every step of the way,” he said.

“I really enjoy having Mum help me from behind the scenes with the book work. I couldn’t do it without her.”

Tom said his Mum isn’t the only one who has helped on his journey, as local community members have also rallied to show their support.

“Locky, Tim and Catherine, a local family I collect cans from, reached out to me and wanted to know how they could help me get around a bit more,” Tom said.

“They bought me a mobility scooter to help collect all my bottles and cans and gave me six of their wheelie bins and a drop-off point at Paradise point. It was so nice!

“On Australia Day, I rode my mobility scooter up and down Paradise Point, and everyone knew me, and they started throwing their bottles and cans in my cart. It was full to the brim and I had to drop off and keep coming back for more. It was so much fun.”

Tom joked that if there was a slow day, he often increased his totals by adding a few from his own stash.

If you would like to help create change with 10 Cent Tom, donate to his cause using C10262162 the next time you donate your cans at your nearest Containers for Change recycling centre or visit his website.